Story by Rosemary Fielding, staff writer at The Derrick & The News-Herald
Photos by Richard Sayer

“Will the kids stick around?” has been a perennial question in homes and gathering places around the region ever since the Rust Belt began its manufacturing decline many years ago and the jobs – and the young people – started to leave in droves.

A version of that question was asked again Monday, this time by Ashley Cowles Sheffer, program manager at the Venango Area Chamber of Commerce, in a classroom at Rocky Grove High School.

In answering Sheffer’s question, only two students out of 13 in the Rocky Grove gifted program for grades seven to 12 said they plan to stay in the area when they become adults.

It was clear, then, that Sheffer had come to the right place to deliver her message: Be Here. 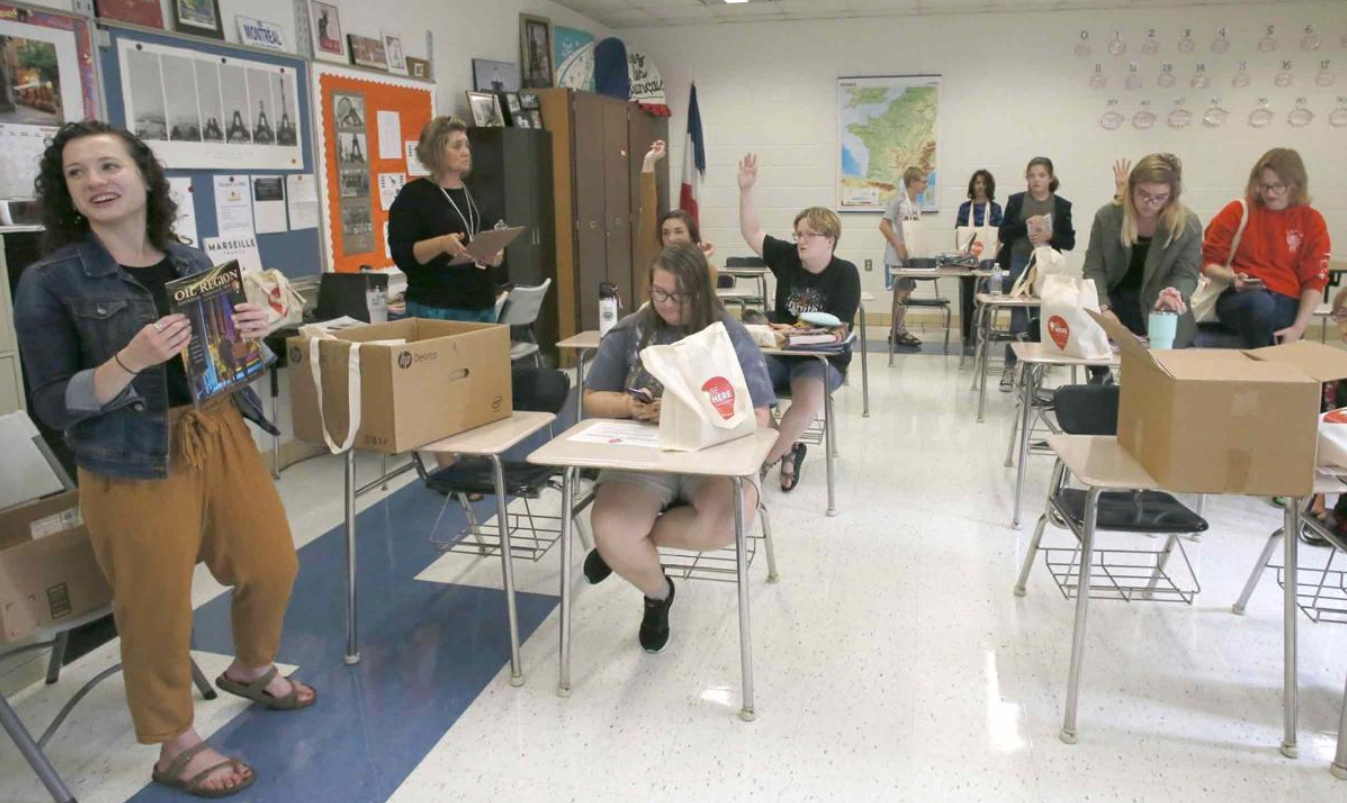 Sheffer heads the Be Here initiative, which is a Chamber program that aims to “create a positive narrative” about Venango County so that young people (and others) are encouraged to stay here and build a life.

Sheffer presented the program to the gifted students who are under the direction of teachers Jacki Keller and Beth Proper, and she was hoping to call into service a few more Be Here ambassadors for Venango County.

“When I say we are trying to change the narrative, I mean we are trying to build an awareness of what we have here,” Sheffer said. “We would like you to help spread the message. We hear so often that there is nothing to do here, nothing to stay here for. But we are responding, ‘That is not true. There is a lot here’.”

One student brought up the decline in the area when she offered at the beginning of the session that “Venango County is dying. You are here to help it survive.”

But Sheffer stayed positive. She had a different story to tell the students – she had moved away and then decided to come back and make her life here.

“I opened a store here because I could not find the food here that I wanted, and now I have my own business, Core Goods, in Oil City,” she told the students. 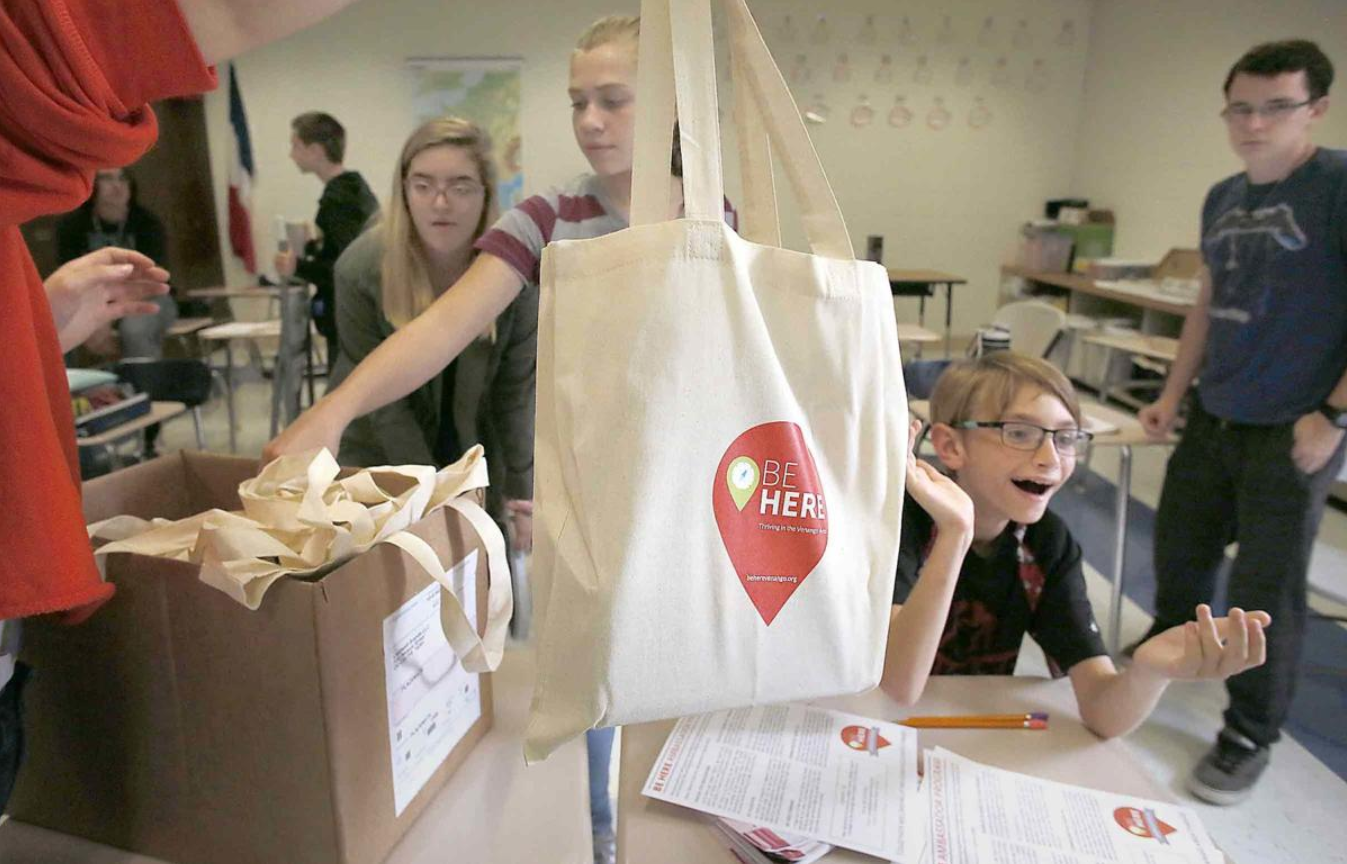 Sheffer encouraged the students to join her team and spread the message that the area is a good place to live. She also instructed them in the kinds of things that would help them feel more connected to the area, such as attending community events, being on committees and boards, sitting in on meetings and group discussions, and just generally trying to connect more to people around them.

“You will learn to like a place only if you feel connected to people there,” Sheffer said. “Sometimes the grass does look greener on the other side, but when you actually arrive there, it is not what you thought.”

The students then participated in a brief training session, during which they responded to oft-heard, mostly negative remarks about Venango County. Sheffer asked them to respond by presenting a positive view of the situation. 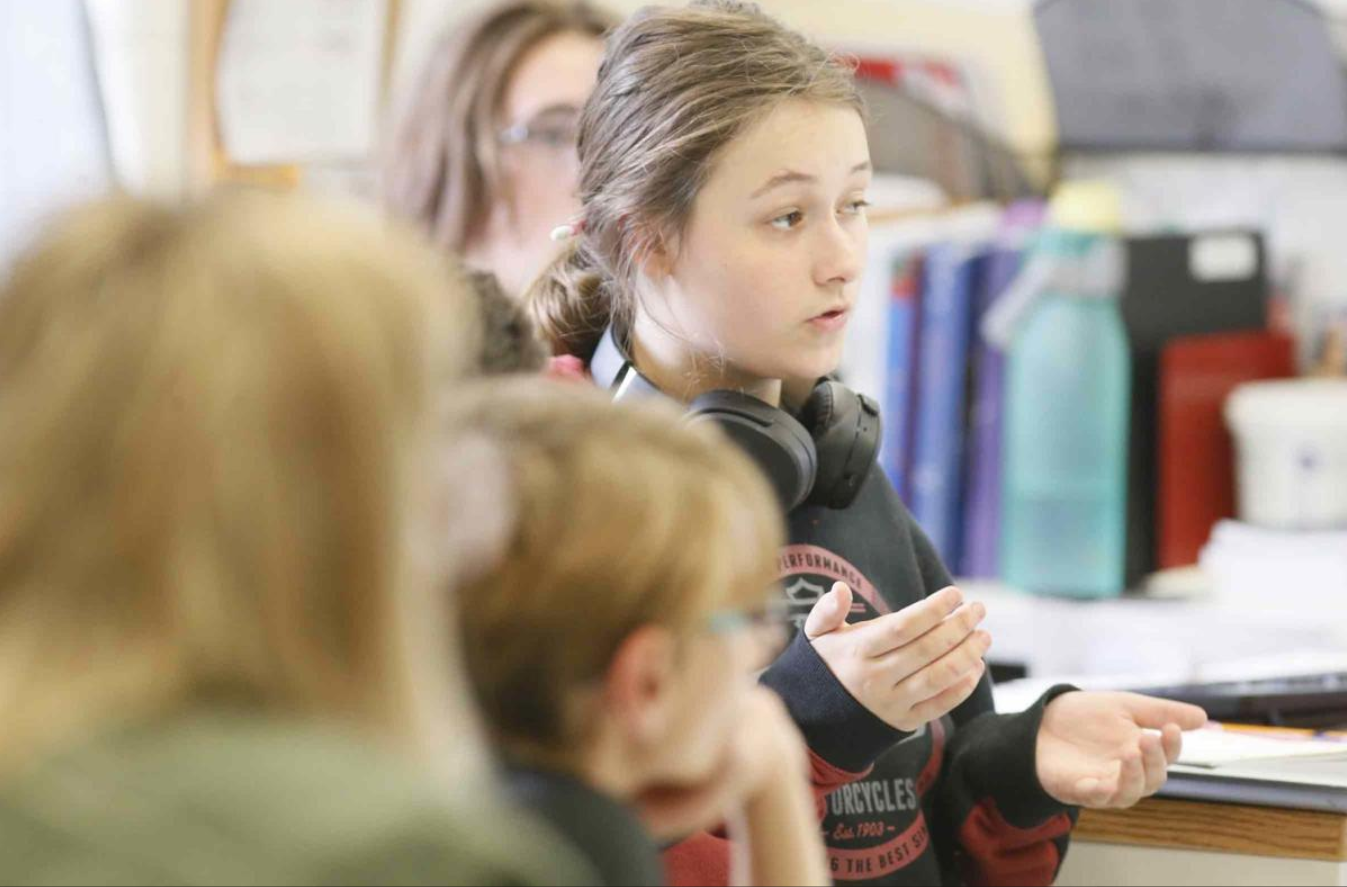 Sheffer acknowledged there are problems pulling down the area – the students conversed among themselves mostly about the drug problems – but Sheffer introduced the students to the idea of meeting these challenges. Come up with possible solutions, she told them, and find a “responsible person” to work with.

In general, she tried throughout the session, as she had originally said, to direct the students’ thinking toward another direction and to “change the narrative” from negative to positive.

“And if you would like to be an ambassador,” Sheffer said, “you can get in touch with me. We could always use more people to welcome newcomers, to tell them what is good about this place, about all the things that we have.”

At the end of the class period, Sheffer presented students with a certificate that named them officially as Be Here ambassadors – if they chose to accept the mission.

Rocky Grove students are the first area students to trained as ambassadors.

Story by Rosemary Fielding, staff writer at The Derrick & The News-Herald
Photos by Richard Sayer

Return to All News & Events