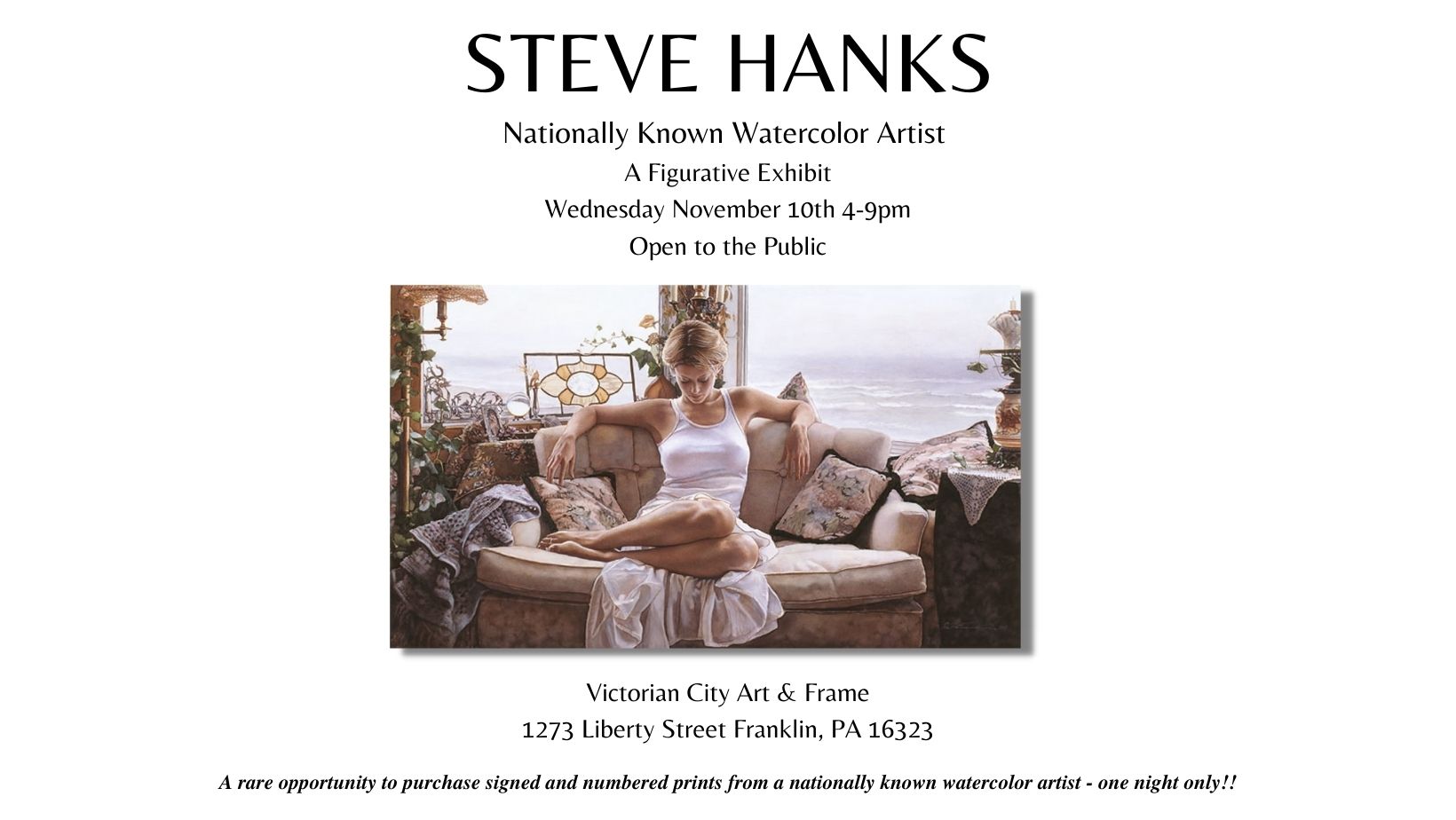 This is a rare opportunity to purchase signed and numbered prints from a nationally known artist – one night only! Art is one of the top investments of all time, especially now!

Steve Hanks is a nationally known artist. Hanks has own the Arts for the Parks Marine Art Award of Excellence in 1990 and 1994 and has been one of the Arts for the Parks top 100 artist since 1989. In 1991 Hanks received the National Watercolor Society Merit Award and The National Academy of Western Art awarded him the gold medal in 1992. Since 1993, he has been one of the U.S. Art Magazines top ten artists. Hanks was one of five winners selected in the U.S. Art Hall of Fame 2000.
About the work:

Hanks prefers to explore memories and emotions. “All art is an escape to somewhere you want to be or a felling you want to have.” Hanks says, “People see different things in my paintings because we all have different backgrounds and feelings.” Hanks highly collected nudes convey an introspective solitude that prompts the viewer to think about his or her own life and path. “Women occupy a special niche in my sensitivity. They express more storytelling ability. There’s more magic in them, ” he says.