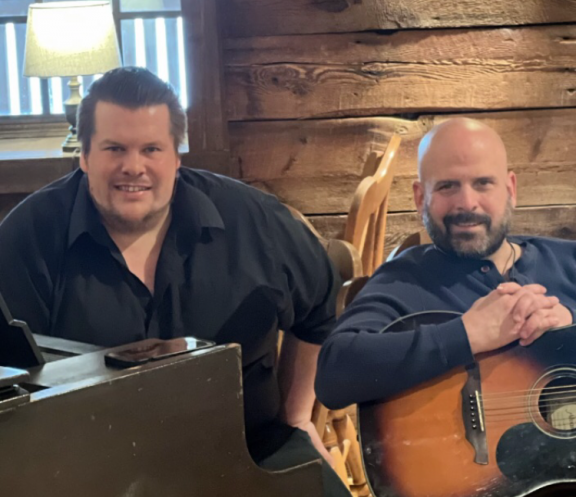 Join the Oil City Arts Council for an evening of live music in the Victorian Garden of Pipeline Alley!

The guitar and piano duo of award-winning vocalists Nathanial Licht and Joe Thompson bring you some of the best and most live acoustic covers. Performing rock, pop, jazz, country, funk, blues, originals and even the occasional polka, an evening with these two will leave you thoroughly entertained.

Licht is well known in the Oil Region for his work with Franklin’s Taste of Talent and is also an award-winning pianist. He has performed publicly since the age of 10, including at some very prominent venues such as Carnegie Hall, The 21st Century Club, Oglebay Resort and Nemacolin Woodlands. Thompson returned to the Oil Valley after a successful career in New York City where he fronted “Joe Thompson and the Comfortable Catastrophe”.

Pipeline Alley Concerts are held twice each month in June, July and August… concerts are free and open to the public (donations are accepted). Rain location is at Karma Coffee.